The skies over South Africa were surprisingly natural, absent the chemtrail/contrail graffiti that mars our views here in the states.  The spin of the earth feels different; when facing north, the sun and moon rise before you on your right and set on your left.  The southern cross replaces the big dipper as the key directional landmark in the night sky.  You’re closer to the ozone hole and the sun can burn you very quickly. 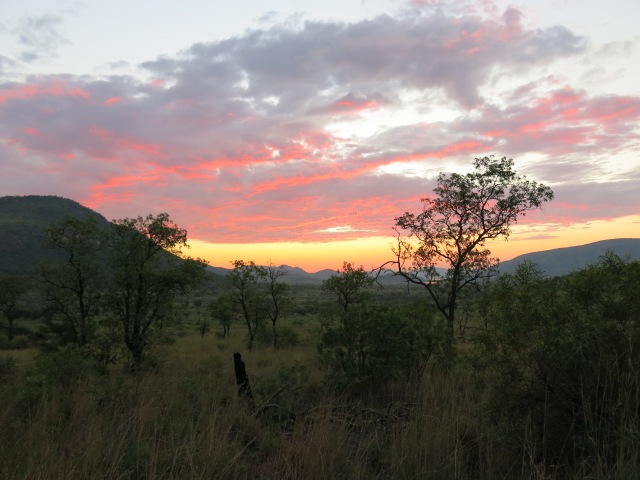 I’m glad I got a chance to see a little bit of it thanks to Pati’s work with special needs children.  We stayed and worked in a quiet suburb of Johannesburg across the street from the Botanical Gardens, where all the homes are surrounded by 8′ walls topped with razor wire and electric fence.  Pati booked a safari at the Pilanesberg National Park and we stayed at the Shepherd’s Tree Game Lodge.   I’m a student of history and the legacy of Cecil Rhodes and the British Empire was always on my mind as I soaked in the sites and sounds of this complex country.

When we got home, Pati and I went on a little safari of our own at the Ottawa Wildlife Refuge.  This is one of the gems owned by the Waukesha Land Conservancy and it encompasses restored prairies, wetlands and mature oak woodlands.  We parked at the entrance on Hwy ZC and walked the yellow two-track trail to explore the landscape.

The view of the high ground 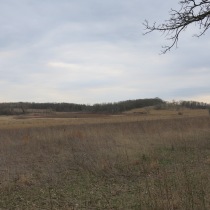 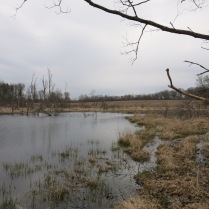 One of the many wetlands 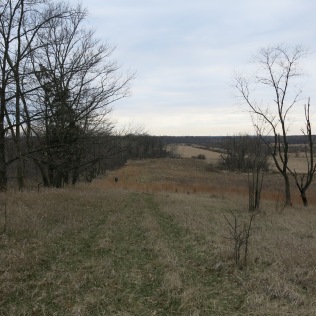 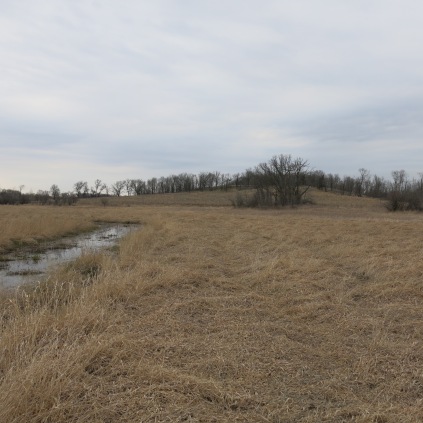 This country estate is literally surrounded by a moot dredged from the wetlands. 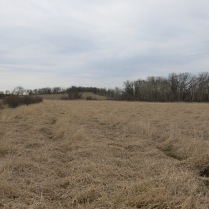 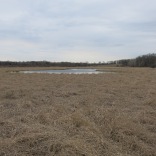 The southeast part of the property has extensive buckthorn thickets.

There were three substantial trees down across the trail and The Buckthorn Man volunteered to clear them out the very next day.

Time flies and its already been a week since my first workday back at The Springs.  People say that the sap is running and it’s too late to cut buckthorn because the stump poison won’t do it’s job, but I don’t care — I’ll cut them again if need be.  There were a couple patches of buckthorn right below Hwy 67, just off the northeast end of the loop trail, that have been bugging me for a long time, and I got to work on them.  It was great to be back in the Kettle Moraine doing what I love.  Here are a couple of before and after shots, but it is admittedly pretty hard to see the differences. 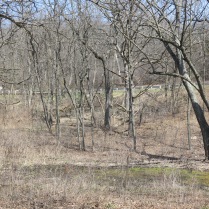 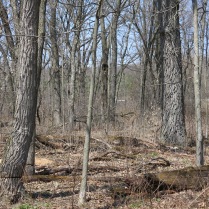 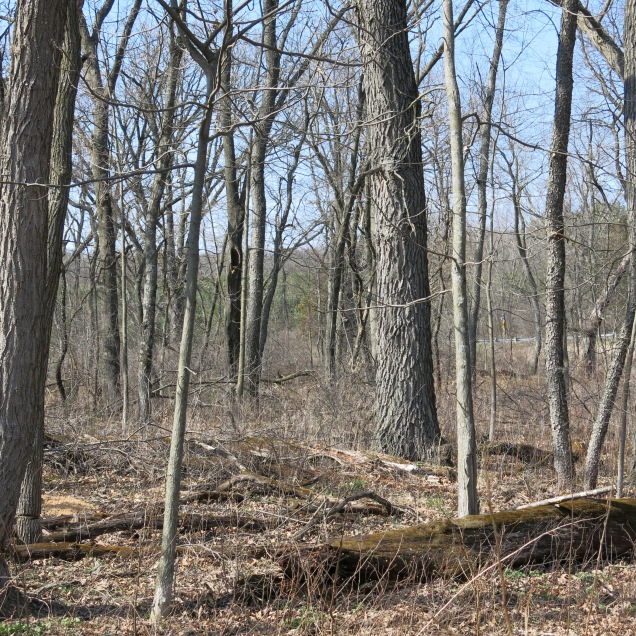 After, yeah, I know it’s hard to tell

I quit early and got in my first bath of the year in the Scuppernong River and did a little yoga on the marl pit bridge to boot. 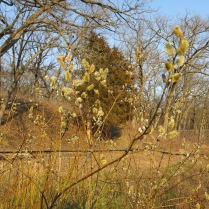 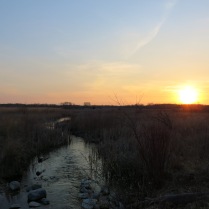 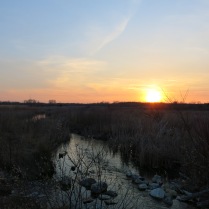 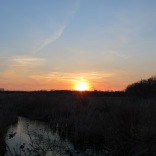 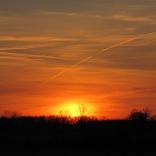 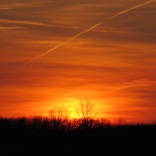 Saturday, April 16, was the Kettle Moraine Natural History Association‘s Annual meeting.  Lindsay joined Pati and I and it was good to see everyone.  The highlight of the event was Dr. Todd Levine‘s presentation entitled: “The Surprising Natural History of the Freshwater Mussels of Southeast Wisconsin”.  Dr. Levine is passionate about mussels and I was too by the time he was done.  He had some incredible videos of mussels doing their thing to attract fish.  They lure the fish into biting into them, or, alternatively, they clamp onto them for the purpose of depositing their eggs in the gills of the fish.  The eggs mature in the gills of their surrogate parent for a few weeks before releasing into the world on their own — a truly remarkable life cycle. 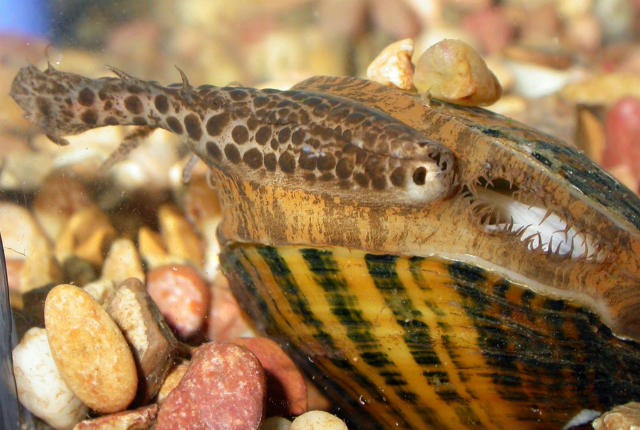 Before the KMNHA meeting, Pati and I cut down 4 huge aspens that were in danger of crashing down on one of our rebuilt decks 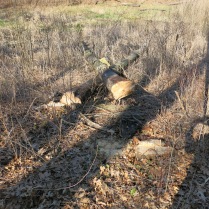 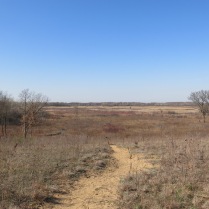 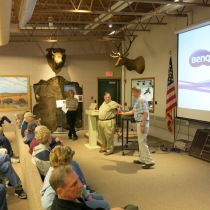 It’s good to be home!

See you at The Springs. 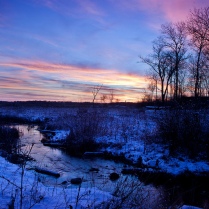 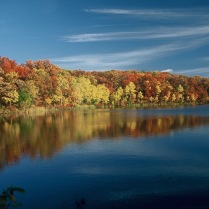 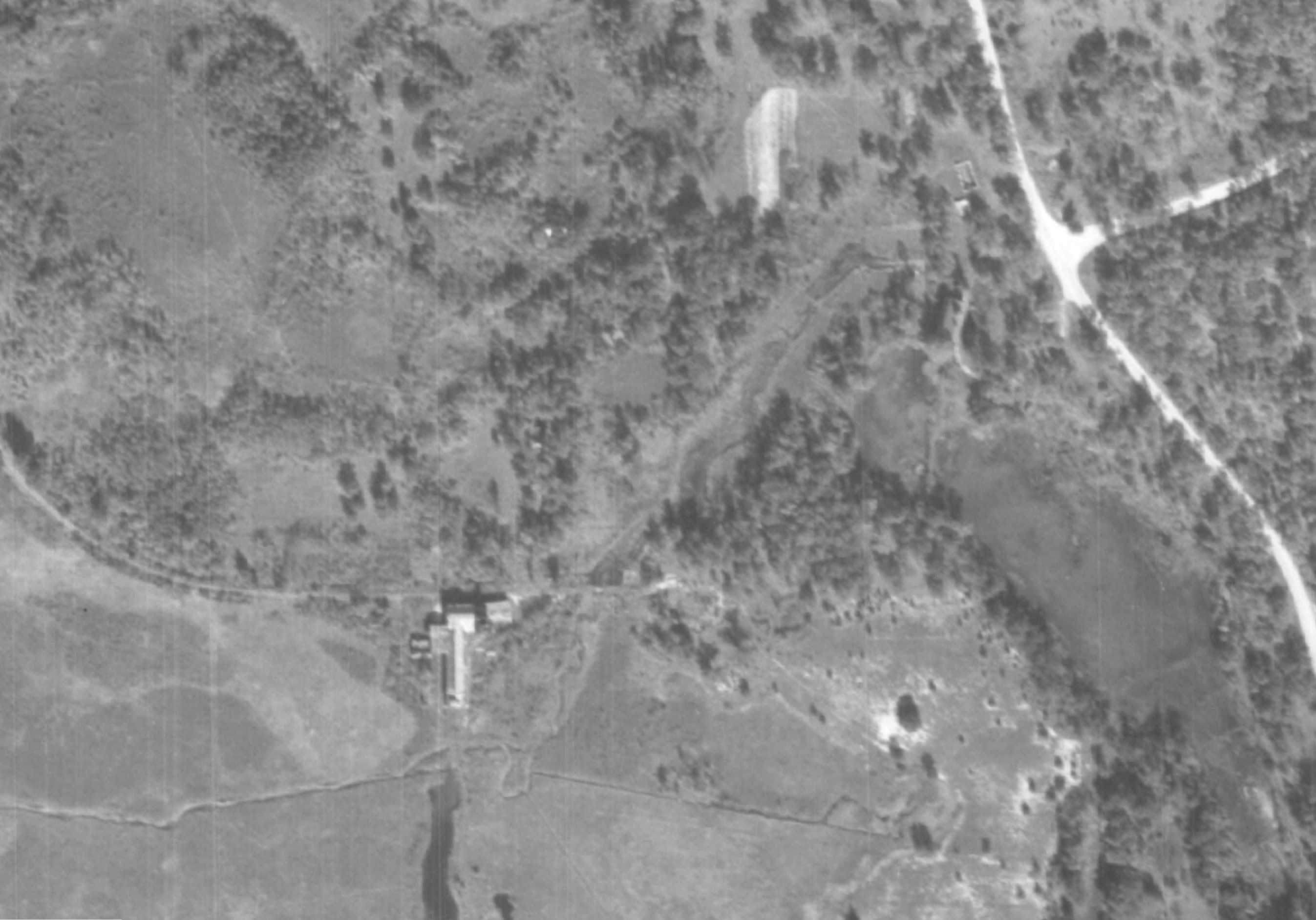 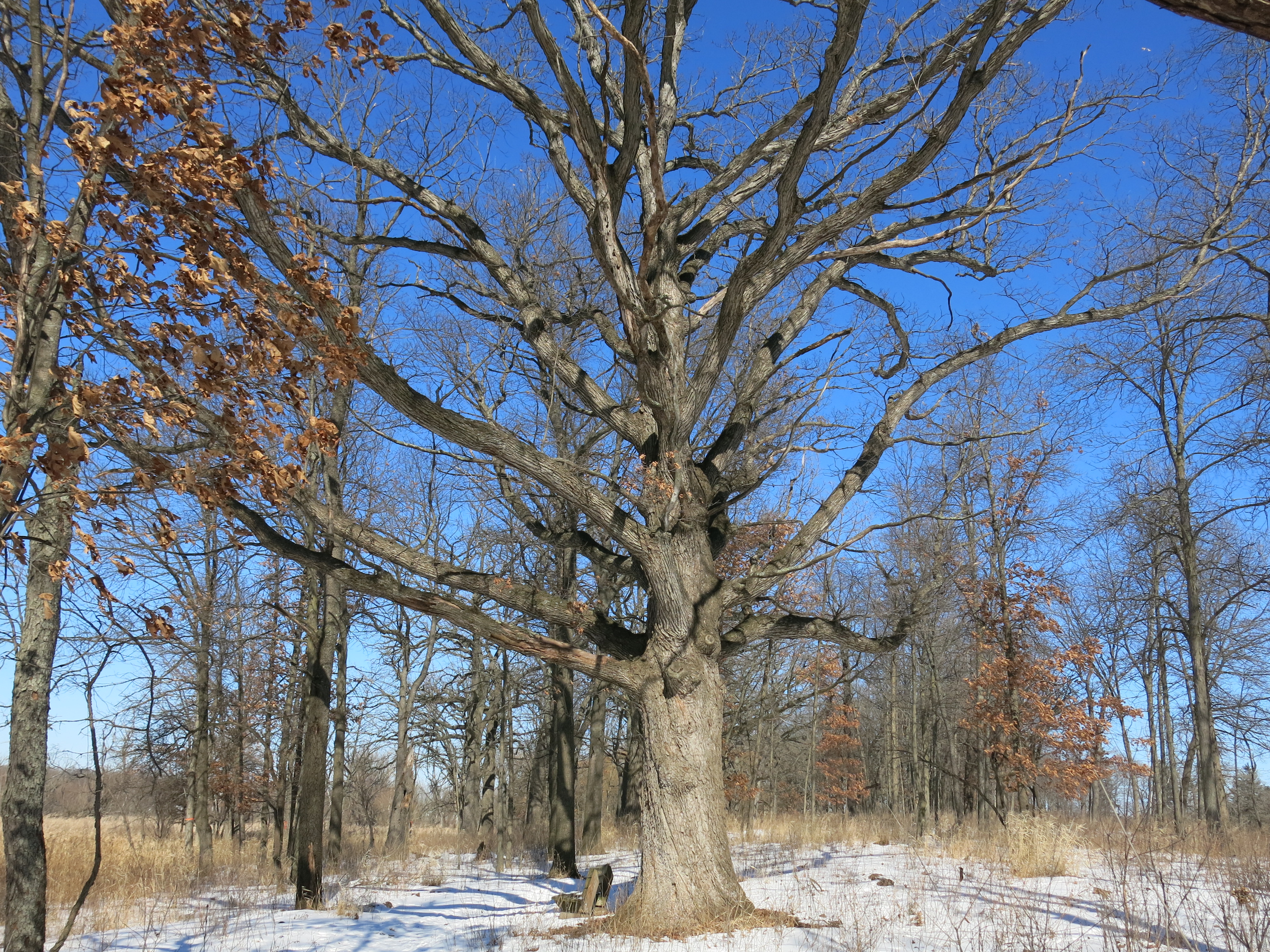