After World War I, Jim and John “Ike”, Parker built a homestead on the south side of the Bark River.  Their niece, Debby Erwin, known as “Ms. Lake Country” in the real estate business, used to visit “The Old Boys” at their home on the Bark River and she shared many stories about them with Pati and I.  Jim got into some difficulties with the authorities and lived there “under the radar.”

They loved to hunt and buried their beloved dog, “Jacob Boy”, on the island across the north side of the Bark River.  The gravestone is still there: Jacob Boy of Avondale 1941-1955, it reads.  That’s a reference to Avondale, England and I image Jacob Boy looked something like this.

Ike loved to carve wood (their father owned a lumber business in Merton) and you can see an authentic totem pole he fashioned at the old home site.  I found it hidden in a buckthorn thicket on the hillside between the house and the river.  Marlin Johnson and Brian Engel erected it quite ingeniously!

The brothers built the bridge over the river in 1948, etching the date in the concrete foundation at the south bank.  I’ll never forget the heavy rain in the summer of 2008 that lifted the bridge from it’s center support posts and left it pointing downstream, hanging by a corner on the south bank.  Luckily, Mike Fort was there to help me and we repositioned it exactly.  Later, Pati and I replaced the deck boards.

In the early 70’s a woman with the surname Minogue, who taught pottery at a local school, moved in with her son.  He didn’t care much for The Buckthorn Man and he used to curse a blue streak, harassing me for cutting buckthorn on the adjoining IAT property.  Occasionally, I would find a dead bird and a nasty note from him under my windshield wiper.  There were many times I stayed late after working, to enjoy the moon and stars with my old friend Jack Daniels, that I would hear him howling and wailing as if possessed by a demon.

Marlin loaned me his research papers and documentation related to The Marsh and I am starting to scan them and post them on the Marlin Johnson’s Research page.  Below, in one of the nuggets from Marlin, John Parker comes to life.

In 2007 Marlin negotiated the purchase of the property on behalf of the Waukesha County Land Conservancy and Pati and I became the caretakers.  How ironic!  It wasn’t long before The Buckthorn Man had cut all the buckthorn on the Parker/Minogue property.  That was some of the most gratifying work I have ever done! 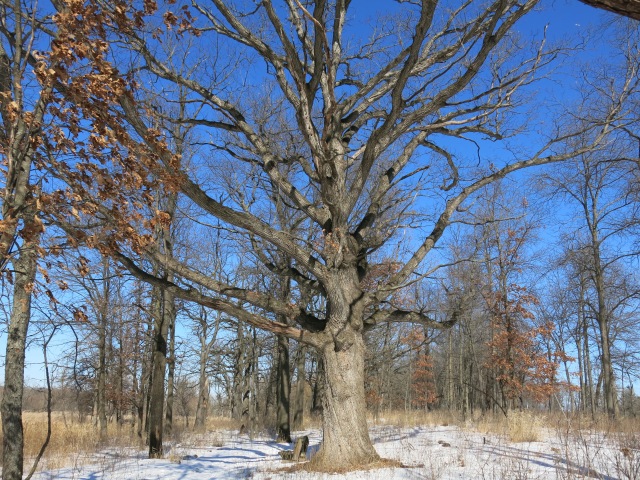 On October 18, 2007 the Village of Hartland Fire Department burned the homestead down for a training exercise (removing the structure was part of the purchase agreement), and Pati was there by chance to capture these pictures. 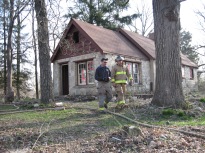 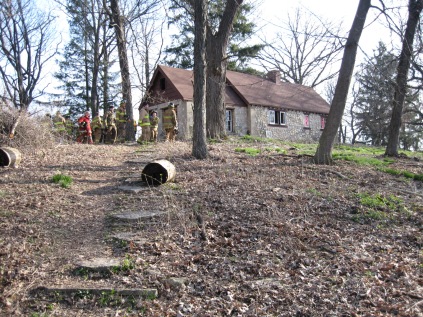 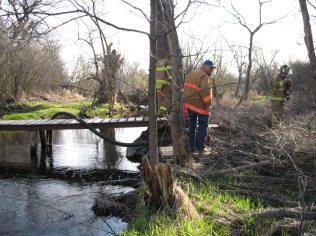 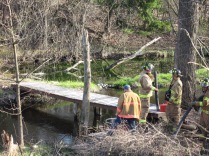 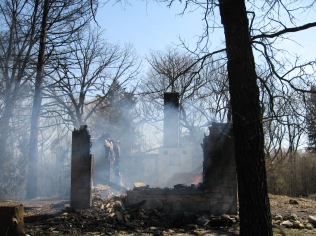 3 thoughts on “The Parker Brothers’ Homestead”